Home of the freest economy in the world

In early January I parted ways with a cold and slushy Helsinki scenery to embark upon a completely new experience in one of the most prominent and growing business metropolises in the world, namely Hong Kong. This is a city most well-known for its dense population, iconic neon lights and a skyline so filled with skyscrapers that only a handful of cities in the world can compete with. While the most obvious shock might have been the increase in population density from 16 people per square kilometre to nearly 7,000 people per square kilometre, Hong Kong is much more than just a densely populated city. It is the home of one of the strangest capitalist political systems in the world that markets itself as the freest economy in the world. It is a city that boasts the densest population of millionaires in areas such as Central and Admiralty, where every other piece of clothing you see reads either Balenciaga, Gucci or something of sorts. Meanwhile, just a 15-minute train ride away, areas like Sham Shui Po are cluttered with people selling fake electronics, clothing or collecting and selling cardboard off the streets just in order to make enough money to survive. It is a city that loves to display its luxurious lifestyle and money-centred culture while a large proportion of its citizens lie well below the poverty line. A division like this is by no means abnormal, but the reasons behind it make Hong Kong the most peculiar well-fare society in the world and raises enormous wonders regarding its future. 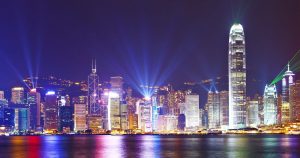 Symphony of Lights on Hong Kong Island, view from Kowloon 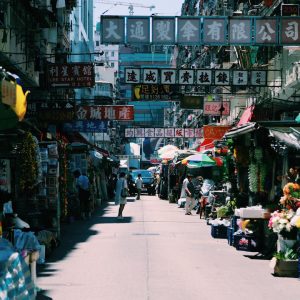 Due to its complicated history, which includes an over 150-year period under British rule, the people of Hong Kong often have difficulties with recognizing their own identity and nationality. The British rule ended in 1997, with an oral agreement between the British and China which essentially entails that the current political system and the freedom of the people will remain unchanged for 50 years while Hong Kong adapts to the imminent reunion with China. In principle, the people are being forced to become Chinese, with whom they don’t even share a language, as the local Cantonese is very different from the Mandarin language spoken in mainland China. The opinions regarding this reunion are drastically split, as certain people see the threat of their personal and political freedom being reduced while others feel a stronger bond to mainland China. The consensus though, seems to be a general fear of the influence of the Chinese government and an unwillingness to identify as a Chinese citizen rather than a Hong Kong resident. 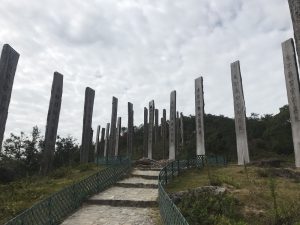 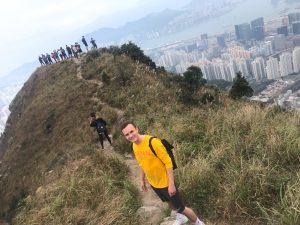 Economically speaking, the difference between the two nations is huge. Hong Kong boasts a system of minimal taxes, which makes it a paradise for corporate headquarters and wealthy individuals in general. To compensate for the revenue lost by minimal taxes, the government of Hong Kong has introduced a system where all the land belongs to the government. The land is then leased to real estate firms in an auction process, where prices usually surge to skyscraper-like heights. This lease is then incorporated into the price of an apartment or the rent, which explains why a one bedroom apartment in the city has an average rent of HK$ 18 000 (about 2050 €) a month. The obvious explanation for an inflated housing market like this is a lack of space, but in fact about 70 % of the land in Hong Kong is not being used and only 3,5 % of the land is zoned for housing. Thus, the prices are effectively deliberately being driven up, officially making Hong Kong the least affordable city in the world, by a landslide. According to The 15th Annual Demographia International Housing Affordability Survey (2019), the median property price is almost 21 times the median household income in Hong Kong. This means that most households can never even dream of owning an apartment in Hong Kong. Meanwhile, at one of the exclusive Golf Clubs on the Island side, the wealthy pay north of 35 million $HK for a membership. That is over 4 million €! It is an utterly strange setup, where a city has decided to go all out to ensure a free market and a fully-functional capitalist system, while simultaneously creating an impossible housing situation for the less wealthy. It is like the city has been designed to serve the rich in every way possible, but doesn’t know what to do with you if you are not. 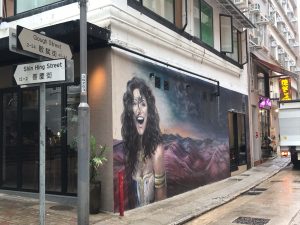 While the situation is indeed difficult and most of the blame is being shifted to the northern neighbour of Hong Kong, there is still a lot of hope and aspiration among the people. While the system is utterly divided, it still provides everyone with a chance to succeed, albeit facing enormous competition. When being accepted to one of the many universities in Hong Kong, students can live at university dorms for very reasonable prices, even on a Finnish scale. What needs to be emphasized is that the amount of money in Hong Kong is on another level compared to European cities and a common mind-set is that within this money lies the power to make improvements. ESG-factors (Environmental, Social & Governance) are becoming extremely important in corporations and among wealth managers in the city. While this will not solve the outrageous housing market, it still shows the willingness of the city and its residents to do their part and encourage sustainable investing and impactful behaviour in general.

Less wealthy individuals use the power of freedom of speech to constantly show their dissatisfaction towards the inefficient land management in Hong Kong. Other entrepreneurial minds are creating capsule-like homes of cheap materials to make the small apartments that people share more accommodating. While this is merely a band-aid type of solution, it shows that the people are effectively trying their best to find a solution to this one disastrous aspect of an otherwise exhilaratingly diverse and beautiful city. It is very difficult for a foreigner in the city to understand the very basis of this housing problem, as it is hidden away from the central areas and one really needs to search hard in order to see how scarce the availability of cheap living is in this self-proclaimed freest economy in the world.