British sailing team Alex Thomson Racing has underlined its commitment to sustainability by declaring an ambition to race around the world without the use of fossil fuels.

Earlier this year the ocean racing team announced plans to build a brand new IMOCA 60 yacht, with the aim of becoming the first non-French team to win the iconic round-the-world Vendée Globe race in 2020-2021.

Now well into the build process of the multi-million pound boat, the team has declared its intention to switch to an electric motor, charged by onboard solar panel technology.

Partnering with Oceanvolt, a world leader in the manufacture of electric power and propulsion systems for boats, the racing team will integrate a state-of-the-art electric motor and batteries, designed to withstand the demands of a gruelling round-the-world campaign, whilst continuing to promote sustainability.

Alex Thomson Racing’s Technical Director, Ross Daniel, said: “As a team, we are committed to operating in the most sustainable, responsible way possible, and that commitment will filter through to the new HUGO BOSS boat.

“Battery power is really the heart of the boat. It’s crucial for communication, navigation, and the running of both the onboard water maker and the autopilot. If the heart stops beating, the boat stops. It’s therefore critical that we implement a system that we trust, and can rely upon, in order to ensure Alex’s safety.

“On the new boat, we will explore solar energy as the primary power source, via solar panels located across the deck. In order to do so, we must consider not only the duration of the race but also the conditions that the boat will be exposed to. For example, when Alex finds himself in the depths of the southern ocean where there is restricted direct sunlight, we have to be sure that the solar panels are still capable of delivering the amount of energy that the boat requires.

“For us as a team, the move to an electric motor was of paramount importance when we began the design process for the new boat. We’re confident that, by working closely with the team at Oceanvolt in the lead up to the Vendée Globe in 2020, we can develop a performance system which is clean, safe, efficient and wholly reliable.”

While completing the Vendée Globe without using fossil fuels is a significant challenge, it is one that skipper Thomson is fully committed to taking on: “There is often a perception that implementing more sustainable systems can bring about a performance disadvantage but we don’t believe that needs to be the case in our sport” said Thomson. “In fact, we think that integrating more sustainable systems could actually deliver certain advantages, and that’s an exciting prospect for our team”.

Headquartered in Vantaa, Finland, Oceanvolt has received numerous awards for its innovative systems, including a 2017 DAME Award (Machinery, propulsion, mechanical and electrical systems and fittings), 2016 and 2013 Pittman Innovation Awards and a 2012 Clean Design Award. The company will now serve as an Official Supplier to Alex Thomson Racing.

”We are thrilled at the opportunity to test our new technology in extreme racing conditions” said Janne Kjellman, Founder of Oceanvolt. “We look forward to receiving valuable data from the boat, which will enable us to further develop our unique electric propulsion systems. Alex Thomson has always pushed the boundaries of technology development, and we are proud to team up with him in our quest to bring to the market ever more sustainable and reliable solutions for maritime use.”

Alex Thomson is the youngest skipper ever to win a round-the-world yacht race. When he triumphed in the 1998/1999 Clipper Round-the-World Race he set a record which still stands today. Thomson also holds the British solo, unassisted round-the-world monohull record, which he set in 2017 when he finished the gruelling Vendée Globe race – ‘the Everest of sailing’ – in just 74 days, 19 hours, 35 minutes. Having achieved third and second place finishes in the last two editions of the iconic race, Thomson and his team – together with their long-standing sponsor, HUGO BOSS – now have their sights firmly set on becoming the first British team in history to win the race in 2020/2021.

Founded in 2004, Oceanvolt is the leading manufacturer of clean electric power & propulsion systems for boats. Oceanvolt’s award winning motor systems have been installed on hundreds of boats ranging from daysailers to 80 ft catamarans worldwide. The systems are not only suitable for cruising and sailing on lakes but also for circumnavigating the globe in tough conditions. 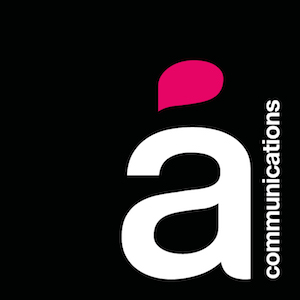